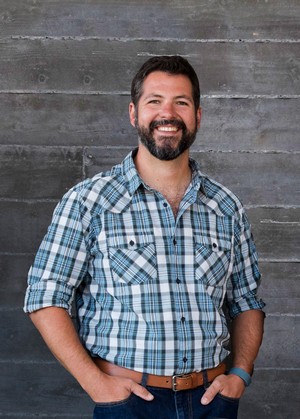 Stephen Cruzan joined Titus Vineyards as Winemaker in August 2015. A graduate from North Carolina State University
with a BS in Biochemistry, in 2004 he planned on a life in research. While working at a restaurant in North Carolina in 2005, a chance meeting with a Winemaker from Sonoma resulted in a light bulb moment that led him to the Napa Valley – winemaking was the perfect opportunity to couple a life-long love of fine wine and the technical sciences of his degree. Stephen got his start in the winemaking lab at Kathyrn Hall Vineyards in St. Helena. Two years later he worked harvests at Sacred Hill in New Zealand, Dom. d’Ardhui in Burgundy and at Clemens Busch in Germany’s Mosel River Valley. In 2009, he joined the team at Chappellet Winery under Phillip Titus. Working closely with Phillip, Stephen moved up the ladder from Cellar Hand to Enologist and had the chance to meet Phillip’s brother Eric Titus as well. Under Philip’s program, he focused on modern winemaking for the sake of getting the optimal expression from the grapes and mid-palate texture. He moved to Cade Winery on Howell Mountain where, as the AssistantWinemaker, he learned about the detail and differentiation of barrel roles in creating a complete wine. With the advent of a new winery for Titus Vineyards in 2015, the Titus brothers reached out to Stephen to take the reins on their new facility. He has made the most of his opportunity to work with Phillip and Eric once again and is crafting expressive wines off of the family’s estate vineyards and select vineyard sites in Napa Valley.